The Downfall of Chamber

It has finally happened, Valorant’s resident French man has dropped out of the Meta. Let us take a look how this happened from the time the Chamber was released until patch 5.12.

Vincent Fabron, a Frenchman, spends his entire life pursuing one essential aim and is prepared to give up all that stands in the way of that goal. He worked for the French military before joining the PMC as a marksman and later joining Kingdom Defense as a weapons designer, so combat and weaponry have occupied a significant portion of his life. However, he was already committed to his journey in the search of his spiritual truth at this point, thus his position at Kingdom served just as a stepping stone for him.

From the start when Chamber was released way back patch 3.10 which is more than a year ago. Since his release he has been the staple of top elite Valorant competition

This enigmatic French Agent has managed to charm his way into many players main agent pool. His slick combination of gun utilities and fast movement has become a Meta in high level games. He has been domination from 3.10 to 5.10.

Headhunter Official Ability Description: ACTIVATE to equip a heavy pistol. ALT FIRE with the pistol equipped to aim down sights.

Trademark Official Ability Description: PLACE a trap that scans for enemies. When a visible enemy comes in range, the trap counts down and then destabilizes the terrain around them, creating a lingering field that slows players caught inside of it.

Rendezvous (Signature Ability) Official Ability Description: PLACE two teleport anchors. While on the ground and in range of an anchor, REACTIVATE to quickly teleport to the other anchor. Anchors can be picked up to be REDEPLOYED. 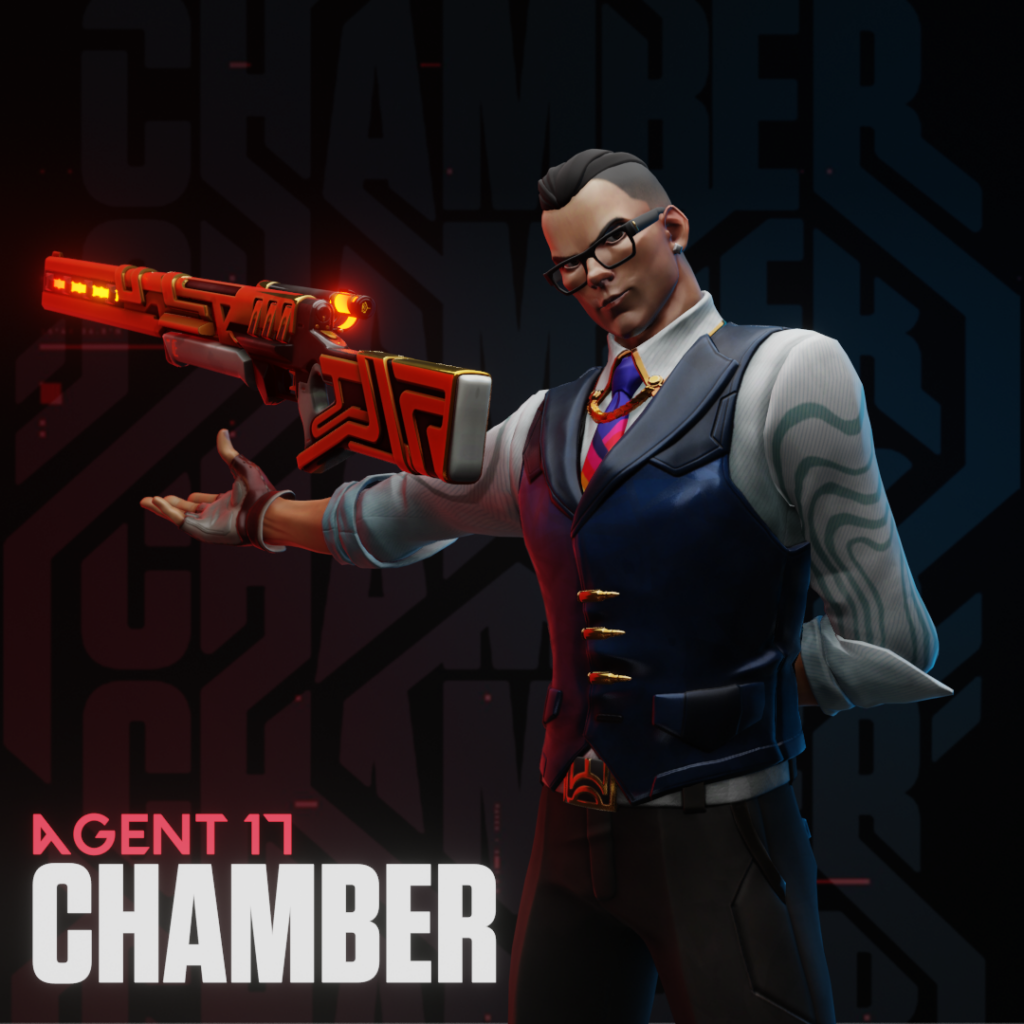 Tour de Force (Ultimate Ability) Official Ability Description: ACTIVATE to summon a powerful, custom sniper rifle that will kill an enemy with any direct hit. Killing an enemy creates a lingering field that slows players caught inside of it.

The Downfall of Chamber

HIs down fall started when players were able to unlock the maximum out of Chamber. Chamber has been getting a lot of game play with players using this agent in leu of duelist. But this nerf did not come in one go.

The team at RIOT Games slowly tried to balance Chamber from each patch update from his release. Each patch from patch 5.0 the balancing has begun. Slowly all of his abilities received the fine tooth comb treatment in order to balance the game.

But the final nail to the downfall of Chamber came with patch 5.12. The Nerf effectively removed Chamber and has relegated him from a Swiss army knife which everybody uses to situational scalpel. There are both amazing upside and downside to the this.

Right now he has cycled out of the current meta. This both a good and bad. But in looking at the bigger picture this might change but for now, the dominance of the Chamber Meta has ended.