Blockchain Brawlers Over $430M in Volume after Launch
Since launching on March 30th, the game’s native token has seen over $431 million in trading volume, with players currently earning over 5,000 BRWL per day

The native token BRWL moved an amazing $431 million in volume in its first two weeks of trading, with active participants earning an average of over 5,000 BRWL each day.

The game has also started its next round of special auctions, which will feature Legendary 1-of-1 NFT brawlers. Brawler’s NFTs raised over $2.7 million in pre-launch auctions on WAX and Binance, with Legendary 1-of-1 Brawlers fetching over $25,000 each, and winning bids for NFTs in this latest series of auctions topping $35,000. 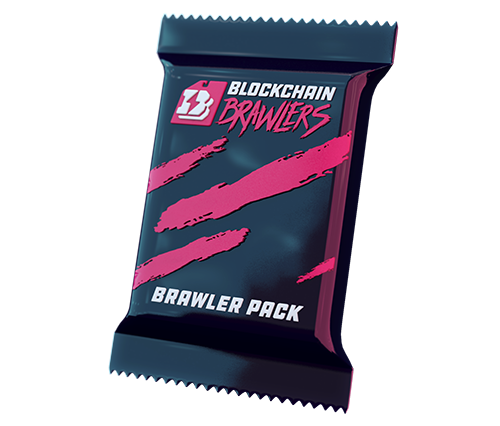 The starting price for a Brawler and Ring Starter Pack is currently at $7,500, up roughly 2100 percent from the pre-launch sales pricing in early February.

Wax Studios, WAX’s own dedicated gaming studio led by Michael Rubinelli, has released its debut game, Blockchain Brawlers. Rubinelli, a 25-year gaming veteran who has worked at Disney, Playdom, Electronic Arts, and THQ, is credited for helping to pioneer the free-to-play business model, which has revolutionized gaming. Now he sees the opportunity for P2E to do the same, and he wants to once again lead the charge.

Michael Rubinelli said: “We’re delighted to see how well the community has received Blockchain Brawlers. An immense amount of hard work has been poured into creating a sustainable and engaging game that truly stands out among the crowd. Combined with the inherent user-friendliness and novel features of the WAX blockchain, we’re confident that Blockchain Brawlers will continue to redefine gaming in this sector.”

Players can fight in pro wrestling-style matches, collect BRWL tokens, and construct their way to success in Blockchain Brawlers. To earn more BRWL, players can utilize their earnings to build stronger equipment, such as wrestling rings and weaponry. Except for Legendary Brawlers, every item in the game is craftable and useable.

The game is also cross-platform compatible. Binance’s BNB chain, which was recently rebranded, is the first to be connected to WAX through an NFT bridge, making ‘Blockchain Brawlers’ the first game to enable interoperability between the two chains.

WAX is quickly gaining traction in the Play-to-Earn and non-fungible token (NFT) gaming sectors thanks to its carbon-neutral blockchain. The WAX blockchain now has over 12,000,000 active user accounts, and six blockchain games are among the top 25 most popular among users, including the top three most popular among daily players. According to Blocktivity, WAX has more user activity than any other blockchain, with approximately 20 million daily activities.

WAX has had tremendous success onboarding major brands into Web3. In December, WAX partnered with Sony Pictures and AMC Theatres to giveaway official Spider-man: No Way Home NFTs. Many other global brands have come to the WAX blockchain including Street Fighter, NASCAR, Atari, Funko, Hot Wheels and Power Rangers. At the start of 2022, WAX performed the largest NFT drop in history — one to each of the first 10 million WAX accounts registered.