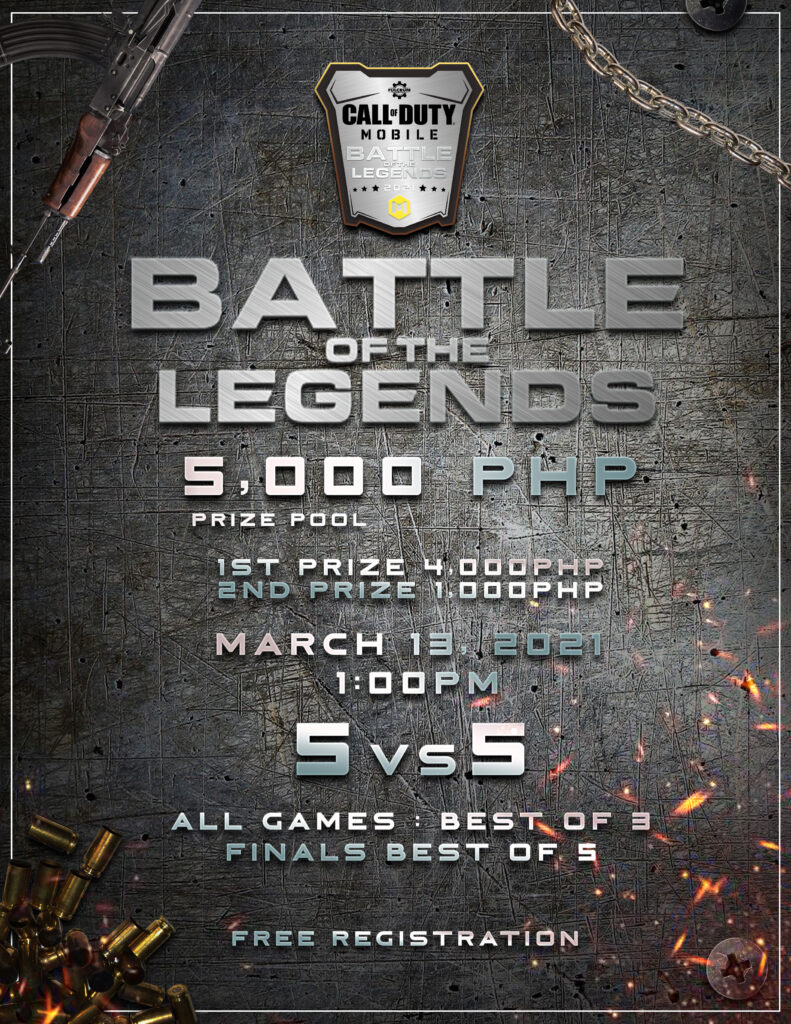 The first tournament of the Battle of the Legends series will be open to all teams with 32 team cap. The tournament is based on the community tournament concept which aims to discover new and upcoming teams and talents. The tournament also aims to make the CODM community more visible in the mainstream.  Currently the popularity of Call of Duty Mobile has been waning due to intense competition from other titles.  Fulcrum esports aims to deliver quality tournament on a grassroots level.

Currently the team capacity is being filed up with known and new teams. This tournament just got really exciting. Fulcrum Esports Online Events is still awaiting even more teams to join in the tournament. According to the events team this will not be the last. This means that the participating has more chances of joining the tournament.