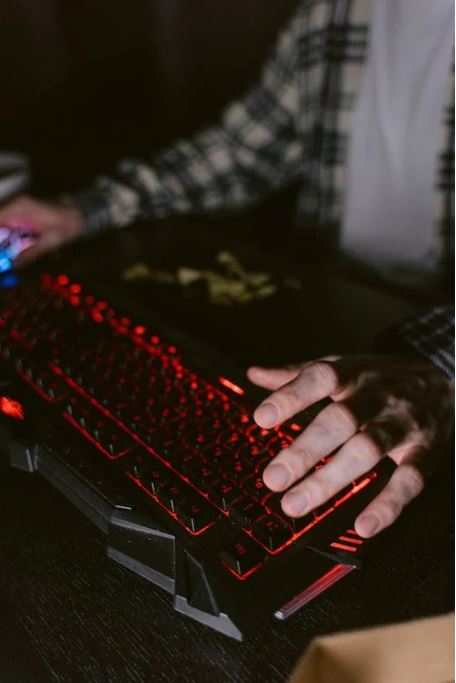 Playing Valorant fast and accurately is reliant on using the appropriate key binds. These keyboard short cuts enable players to instantly direct their characters to carry out specific actions or maneuvers. Learning the whole catalog can appear daunting for beginners, but with practice, keybinds usually become instinctive.

Agile agents are often the key to success and it’s key binds that accelerate their progress. Moving an agent forward requires pressing ‘w’, but to send them backwards press ‘s’. The two keys are conveniently placed on the keyboard, providing swift interchange to make a bold attack or quickly get an agent out of an ambush. Press ‘left ctrl’ and an agent crouches, while ‘space bar’ enables them to jump. Practicing finger dexterity across the keyboard is helpful in gaining fluid movements.

In Valorant, an agent’s life perpetually hangs in the balance. Survival depends on the speed of drawing a weapon and using it effectively. ‘Left mouse button’ is how players unleash a round. Continue holding for two related actions: taking aim with a sniper’s rifle, or aiming down the weapon’s sights. The ‘right mouse button’ provides alternating fire. When in need of reloading, press ‘r’. Valorant agents often have to rely on their own initiative, such as cycling to discover weapons. Scroll the ‘mouse wheel up’ and the agent cycles to the next available weapon, but to send them back to one they might have missed, ‘scroll down’. Planting or defusing a spike is the main object of the bout, and can be done by pressing ‘4’.

Communication is always beneficial and involves a few important key bindings. Players can reveal the menu for radio commands by pressing ‘.’ while ‘,’ provides the wheel index. Using the team voice involves pressing ‘v’.

This assists players in acquiring a feel for the general mechanics of the game. Understanding an agent’s abilities is enhanced by pressing ‘F1’. A full combat report can be obtained by pressing ‘n’. Knowing what weaponry is still hidden in the armory is easily discovered by hitting ‘b’. ‘Caps lock’ opens the game’s map. Observing other players’ agents helps in planning dynamic strategy. To spy on them simply press one of the number keys from 1 to 9.

These are just a few of the keybinds in Valorant. Players can often discover more or adapt them to suit their own playing style. It takes time for the short cuts to become intuitive, but once learned they enhance every single game. Used in conjunction with Valorant stat tracker guide at 1337PRO.com. Players can learn which actions they are mastering and those they may be struggling to perfect. Newcomers to Valorant often have fun finding out the mistakes of operating their agents incorrectly. However, with patience and plenty of combat practice, every player should eventually become proficient in using keybinds.

The New VCT Challengers for 2023