Largest VCT Tournament Ever to Kick Off the 2023 Season
Season Start Tournament will feature Every Partnered Team Competing in Sao Paulo, Brazil
Regular Season to Feature Competition in Los Angeles, Seoul, and Berlin 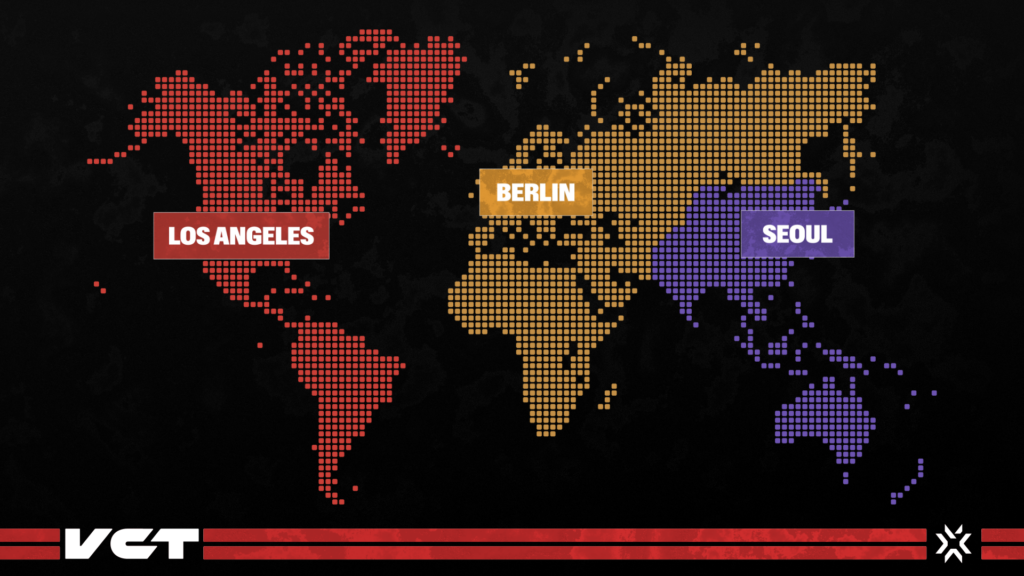 The 2023 VALORANT Champions Tour was detailed, new events were added, and the format was unveiled by Riot Games. Every team chosen for cooperation will receive an invitation to Sao Paulo, Brazil for the biggest international competition in VCT history to mark the beginning of the new season! Fans of VALORANT from all around the world will get a first peek at the new rosters during the three-week competition and learn which side assembled the greatest team during the offseason. This one-time competition will start in February, with the winner announced in early March. The league’s winning team will receive an additional spot at Masters, the season’s first international competition.

Weekly LAN competition in EMEA, PACIFIC, and the Americas will then start, marking the start of the first competitive split of the year. Berlin, Seoul, and Los Angeles will host games in the International League. For the benefit of global fans, each location will have local talent giving coverage in several languages. Eight weeks of regular-season play will take place during this break, and three league winners will be determined in May. In contrast to subsequent seasons, which will have two International League splits, 2023 will only have one International League split in order to accommodate the international event and give teams enough time to set up in their respective hub cities.

“The VALORANT community’s passion inspired us to dream big and evolve the VALORANT Champions Tour to meet the overwhelming demand we’re seeing in every corner of the world,” said Whalen Rozelle, COO, Esports at Riot Games. “In 2023, we’re taking everything we’ve learned, adding in new ideas and forming partnerships that will help us realize our dreams for the next edition of the VCT.”

The top teams from each international league will compete in Masters, the second major international competition of the year, in June. Top teams from each region will receive direct qualifying to Champions, the important world final, as a result of this event. The Final Chance Qualifiers will be back in July, giving top-performing teams who have not yet qualified for Champions one last chance to secure a spot at the most significant event of the year. One team will proceed into the Champions from each of the three LCQs. In August, the VCT season will come to a close with Champions. After a first season chock full of novel developments and novel happenings, the mission becomes quite straightforward. Take home the Champions Cup, and you’ll go down in history. 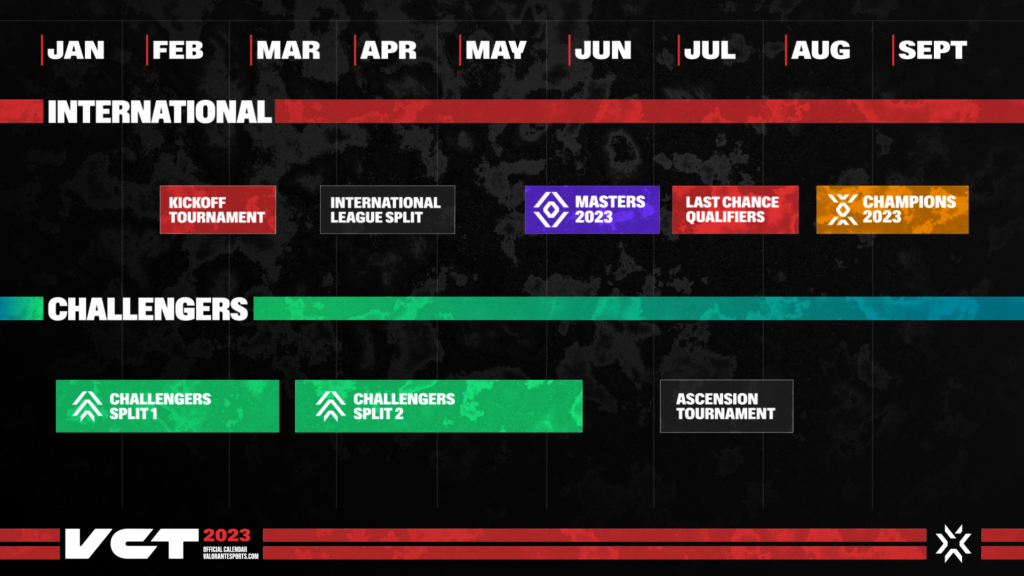 The Challenger Circuit, which will run concurrently with the VCT season and give aspirant teams a way to enter international competition for the 2024 season, was also given fresh information by Riot Games. Beginning in January and ending in July with the Ascension events, there will be two Challenger splits. The top teams from more than twenty distinct Challenger leagues will compete in these tournaments over LAN for local honor and advancement into the major leagues.

Visit VALORANTEsports.com for more details about the 2023 VCT Season, Challenger Leagues, and VALORANT.