MANILA, November 26 – Game enthusiasts in the Philippines now have the opportunity to go to Indonesia to attend the greatest multiplayer online battle arena (MOBA) competition. A lucky fan will receive an all-expenses paid trip and hotel stay in Jakarta for the forthcoming M4 World Championship from January 14–16, 2023, as part of MPL Philippines’ “Lipad Tungo sa Tagumpay” online campaign, which was formally announced today.

Beginning on November 26, 2022, supporters can send original video clips expressing their support for the Philippines’ M4 representatives. Fans must adhere to the following procedures in order to submit an official entry: 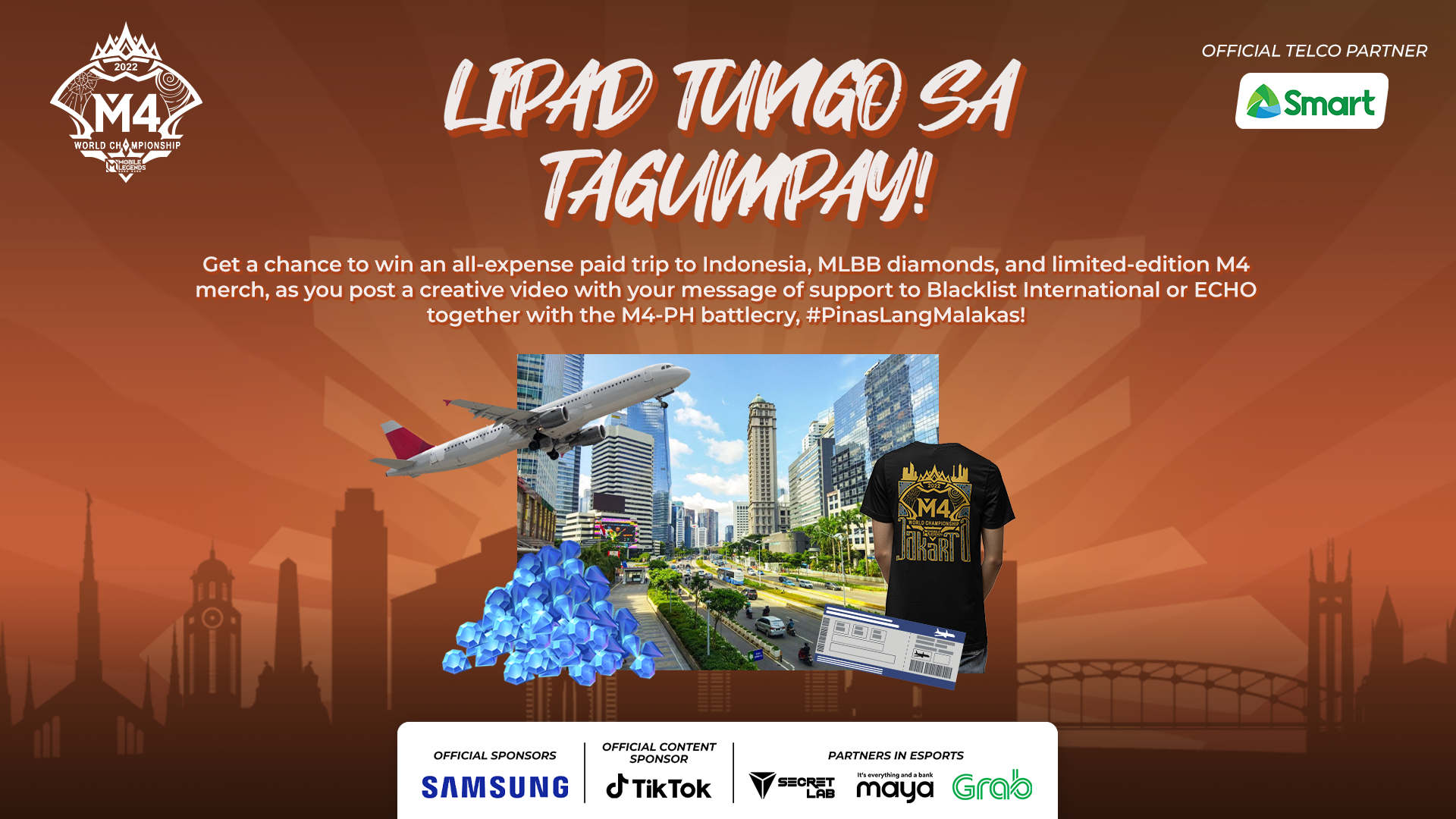 The battle cry of the Philippine national team, “Pinas Lang Malakas,” which attempts to inspire the players’ courage, pride, and honor to bring the championship crown home once more, should be referenced in the videos.

Fans should meet all of the following criteria to qualify for the contest:

The qualifying submission that garners the most comments wins. In the meantime, 10 fortunate winners will be selected at random from the pool and given in-game diamonds for Mobile Legends: Bang Bang (up to 4,000). 10 additional winners at random will each receive an authentic M4 jersey from the official peripheral partner GANK. Submissions must be made no later than December 10, 2022.

The entries get a chance to win a trip to Jakarta to watch the world’s biggest mobile MOBA Tournament!

1 thought on “Win a trip to Jakarta to watch the world’s biggest mobile MOBA Tournament!”