The Kingslayers defeated the Kings of SEA 4-1 to claim the national title and crown as the MPL Philippines’ new kings.

“We were the king slayers in past seasons; this season, we are the kings. We’ve done our part here in the Philippines, and our duty for the MSC has just begun. I’m happy of this team,” says Coach Brian “Panda” Lim in a post-match interview. 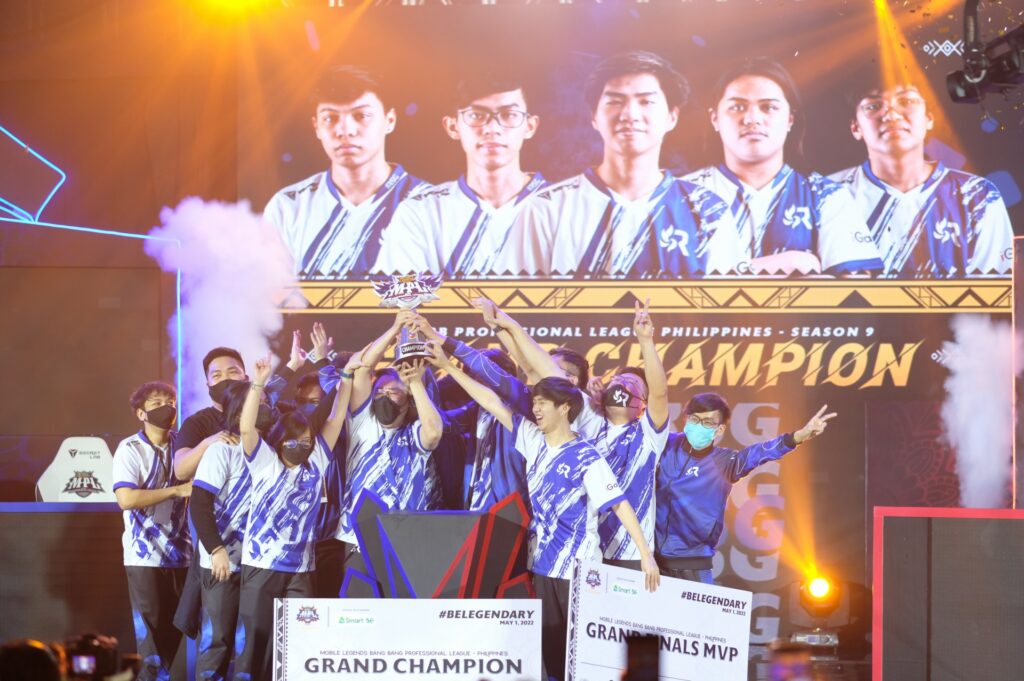 RSG PH Wins Big signifies a change in the dynamic of the Philippines MPL.

RSG PH and Smart Omega will both compete in the Mobile Legends: Bang Bang Southeast Asia Cup (MSC) 2022, which will take place in June.

Through its commercial brands Smart and TNT, Smart reaches 96 percent of the country’s population with its combined 2G, 3G, 4G LTE, and 5G network, providing mobile communications services, high-speed internet connectivity, and access to digital services and content to over 71.2 million Filipinos (as of December 2021). Under the Smart World brand, Smart also provides satellite communication services.