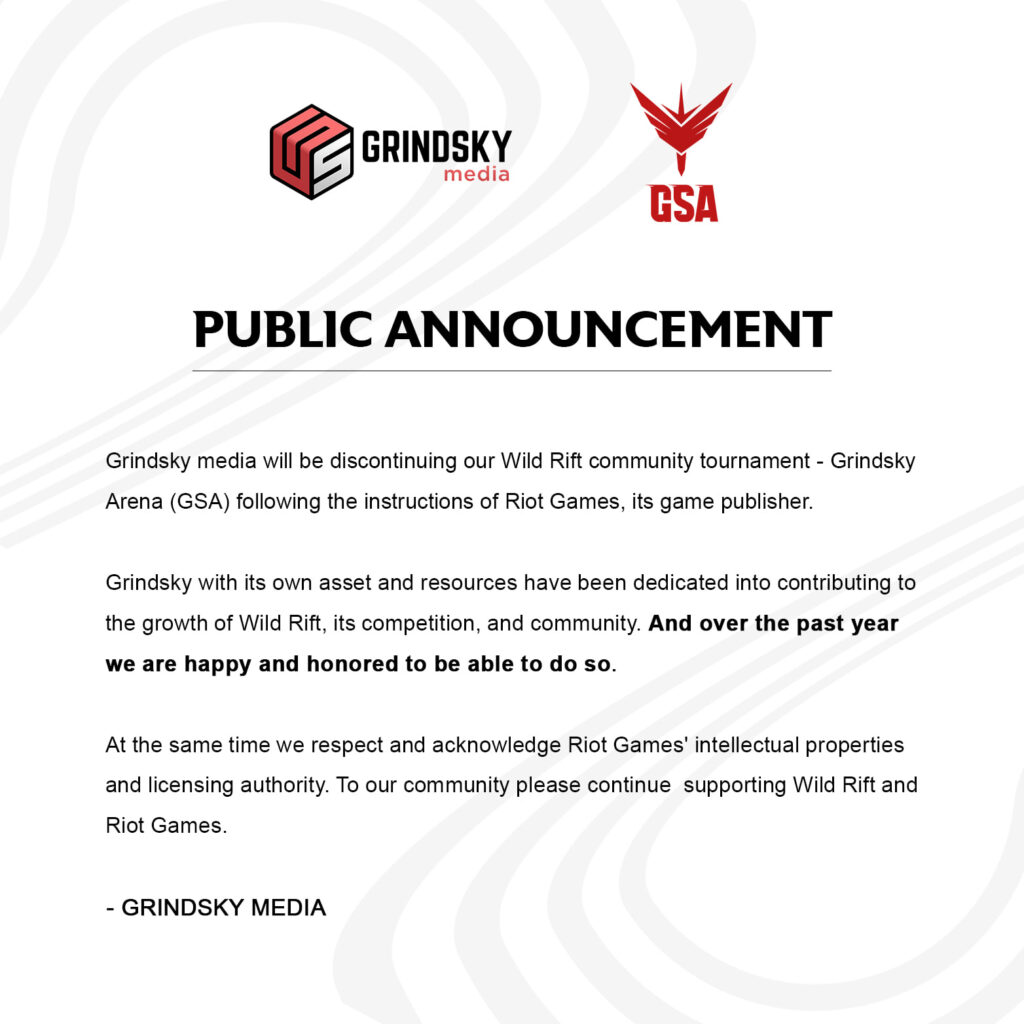 Riot Games has instructed Grindsky Media to discontinue holding LOL Wild Rift Community tournaments. Basing on the statement they posted on their Facebook Page. The organization’s Manager Shinboo Ponferrada also took to social media (Twitter and Facebook) to weigh in on what happened. 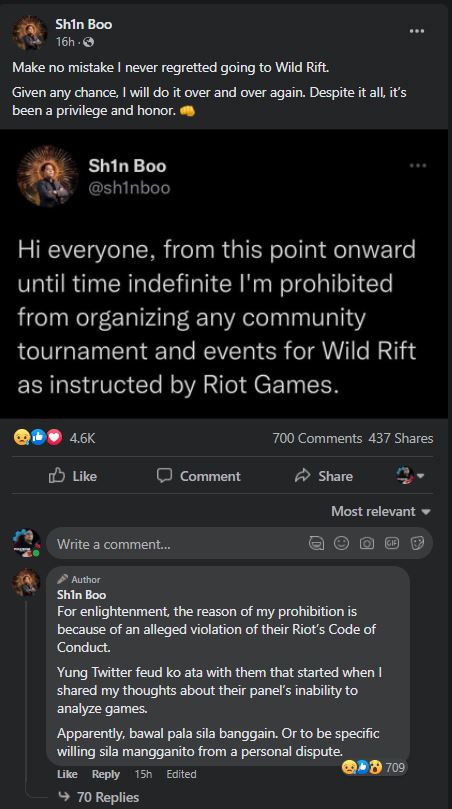 In a comment he posted on his Facebook page. Shinboo alluded to an alleged violations of Riot’s Code of Conduct. He also stated that the Twitter feud he had with and comments he made towards RIOT’s panel.  to analyze their games. He also stated in his comments that it is not allowed to go up against RIOT Games.

When RIOT stops Grindsky’s Wild Rift community tournament this also hinders the growth of the game on the local scene. But the at the same time they also apply the same rules in Valorant.