Fulcrum Catalyst Advances to next stage of VCT

Fulcrum Catalyst advances to the next stage  of VCT. The team had a challenging bracket and had to go thru really tough top tier team to qualify. The team failed to advance in the first day of the competition falling in the first match. Undeterred the boys went back to the drawing board and bounced back the next day. 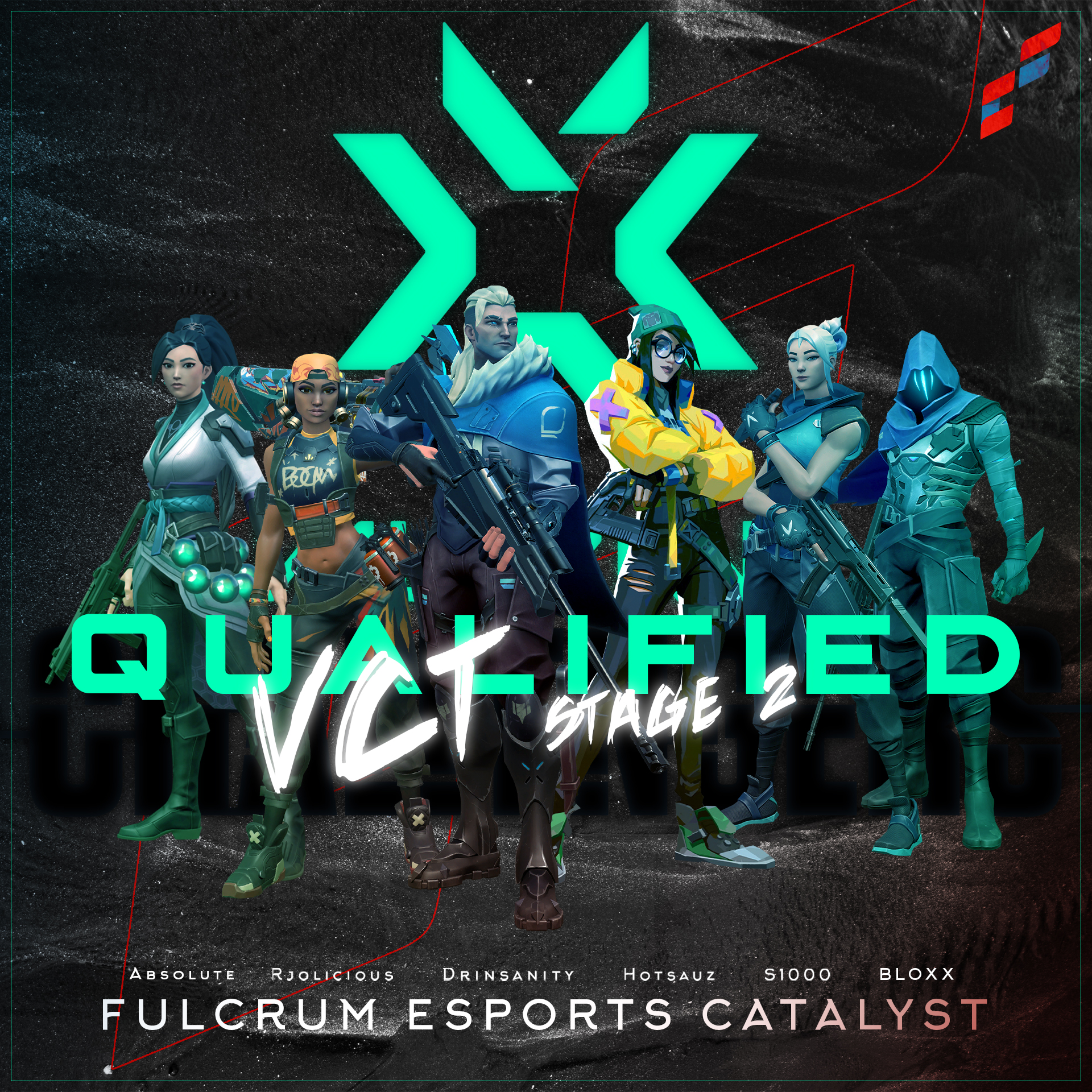 The boys got a bye in the first round where 55 teams participated. The first match the boys went head to head with NXP Aether the team that knocked them out the last tournament they participated in.  The team managed to hold their own this team and knocked out NXP 13-5.

Coming off the dominant win over NXP Aether the team next faced STRM Esports Flux a team which they were able to beat the last time they went at it. Carrying the momentum of their first win and confidence that team can beat STRM. The boys pulled off a 13-6 win advancing to the quarter finals stage.

The quarter finals is where things got really got exciting. The team went up against Sun Sparks and up and coming team. Sun Sparks was a team composed of former CS:GO pros who transition to Valorant. The team focused and executed their strategies to come up with a 14-13 win.

The team next faced Vendetta. The team which they had multiple head to head matches in other tournaments. The two teams were about even in terms of wins and losses. This time the winning team gets to advance to the main tournament for VCT Stage 2 week 2. It was a cardiac affair with both teams trading win for win and clutch for clutch. Finally when all was said and done it took an amazing operator shot and a swarming attack to seal the match 16-14.

The win brings the team to the main tournament draw. We will be updating you what happens to the team when the go head to head with the best teams in the country.